The intersection of El Paso and Blackstone Avenue is situated between northwest and northeast Fresno’s most affluent neighborhoods. This prime North Blackstone location has an average income of $72,000 per year within a one-mile radius. The traffic counts on Blackstone at El Paso are in excess of 44,000 cars per day. The project is zoned C-2 and is over 35 acres which allows for most retail and service uses and contains approximately 400,000 square feet of leasable area. Over 2,000,000 people visit the center per year. The center is strategically located within a short distance to Freeway 41 which averages over 64,000 traffic counts per day. 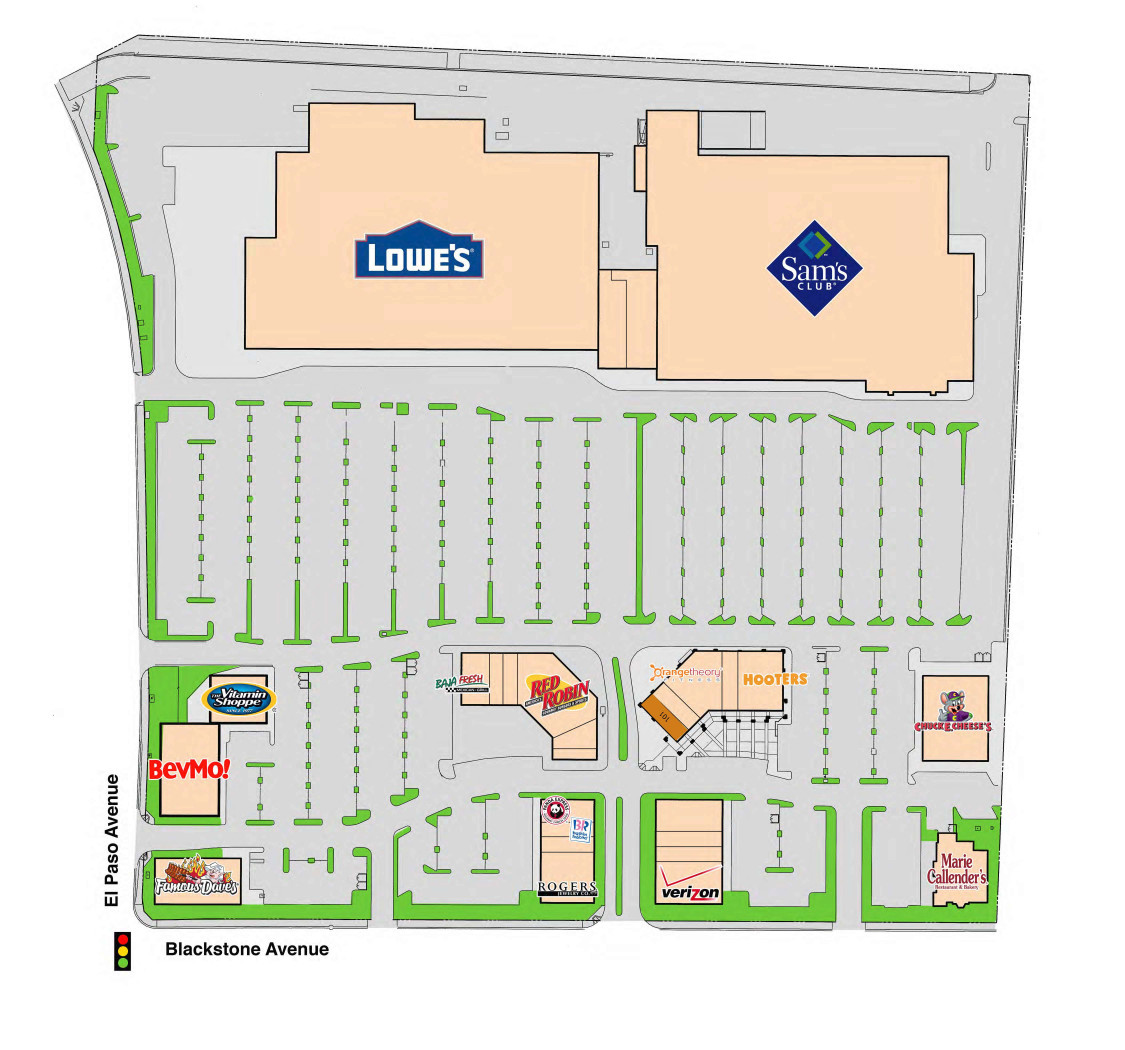 • Highest Retail Sales per Square Foot in the Central Valley