Landmark Plaza Shopping Center is located at the northeast corner of Shaw and Blackstone Avenues, and is one of the most trafficked intersections in the region, with over 74,000 cars per day passing the center. The site is accessible from Blackstone Avenue, Shaw Avenue and less than one-quarter mile from the Freeway 41 on/off ramps at Shaw. The high traffic counts ensure maximum exposure to potential customers. The traffic counts on Freeway 41 are approximately 116,000 cars per day.

Blackstone and Shaw Avenues have long been the strongest retail corridors in the Central Valley. The site serves a broad demographic and has incredible visibility. Situated amongst high-profile tenants, the center benefits from the retail synergy and surrounding dense residential population. The location offers an excellent opportunity to both retail and service oriented tenants. 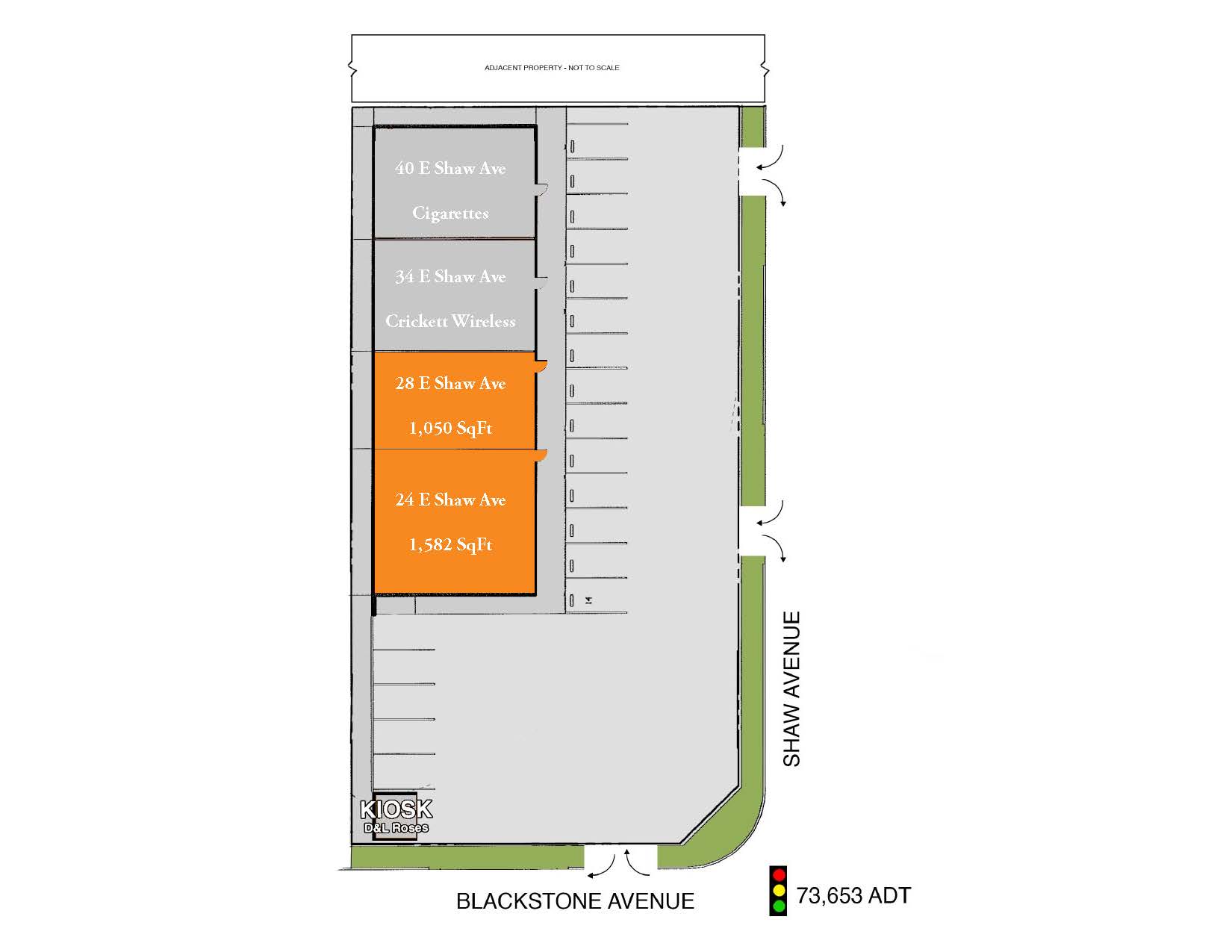